Castle Blackthorn refers both to the destroyed dungeon in Ilshenar and the medieval castle in Britain. 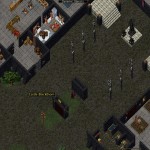 Castle Blackthorn after it is rebuilt. 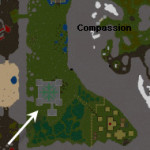 Located in Central Ilshenar, the Castle Blackthorn sat as a reminder of the Lord who turned against the king. Although thought to be dead, Lord Blackthorn’s minions resided in the halls, defending against those who entered. It was destroyed during the second act of The Awakening event.