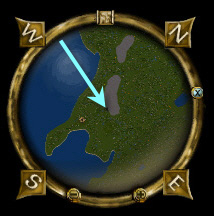 Known as the Trinsic Cave, or the Delucia Passage Entrance, the mouth of the cave, lies far West and South of Trinsic, in the Trinsic Jungles. It has two exits; one near the city of Delucia and one near the Undead City. Both in the Lost Lands. The cave itself contains all manner of fiery creatures, ranging from Fire Elementals to Hellcats to the Phoenix.

To get to the Undead City exit, requires a traveler to pass by most of the creatures in the caves. This includes the surprisingly dangerous Phoenix. The Efreets are found a short distance from the exit. This exit falls outside the guard zone.

Going directly to the city of Delucia, bypasses all of the monster spawn, and exits into a guard zone. 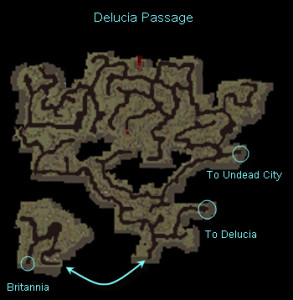