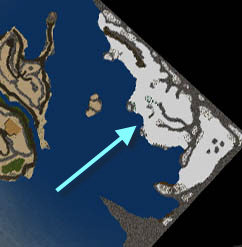 In the far N/E of the Lost Lands is the Eastern region of Kos Heb. Like its Western counterpart, it is a desolate snowy land. This area is cut off from the mainland, save by ship or spell.

In Felucca a Champion Spawn Altar can be found in this area with random spawn. It is often referred to as Ice East and reachable via a teleporter east of Delucia. 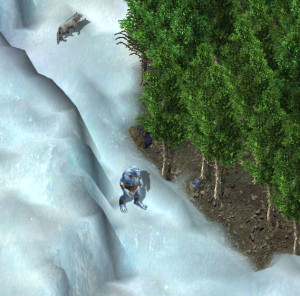