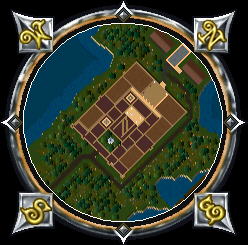 Located at the North West end of Moonglow’s main island, the Lycaeum is a place of study. Within its serene walls numerous scribe NPCs dutifully tend to their works. In addition to the many scribes and a few naturalists, the following individuals reside at the Lycaeum:

The tranquility of the Lycaeum is not inviolate; on March 16, 2007, Dark Wisps invaded. 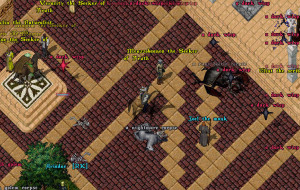 As the recovery of the fake Books of Truth was winding down, hundreds of Dark Wispsemerged at the Lycaeum, which temporarily interrupted the return of books to the Seekers of Truth. The wisps were typified as paragon-caliber, but with necromancy. In addition to using offensive Necromancy spells, the Dark Wisps would animate the dead corpses of other wisps around them. 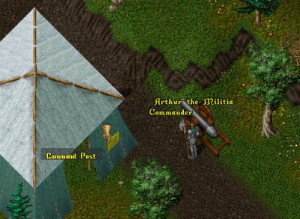 A cannon and several medics were tasked to the Command Post when the Lycaeum was overrun. The use of such heavy weaponry and additional NPC healers was warranted because of the enhanced nature of the invaders. The Dark Wisps were defeated on March 23, 2007. The Seekers of Truth continued accepting Books of Truth? at the Lycaeum for three more days.