The Ancient Lair, also known as the Volcanic Lair, is a single level dungeon that is located in Central Ilshenar. Its closest moongate is Compassion, but Honor will get you there as well. All of the creatures in Ilshenar have a 1-in-20 chance of being a Paragon version. A word to the wise is sufficient. 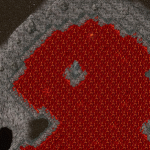 Teleport is the only way in.

There are a few low-level creatures that mill about the entrance to the Lair, including Imps and Earth Elementals. The Lair has a spiral approach that climbs a volcanic cinder cone; it is accessed from the east.

Like the dungeon Wind, not just anyone can wander inside. The entrance is gained by teleporting across the lava pool at the top of the volcano to a series of 3 rocks. Once you have neared the dungeon entrance, you must drop down onto the ledge in front of the cave opening.

Loosely described, there are five rooms in the Ancient Lair, which is probably short for Ancient Wyrm Lair. A single Ancient Wyrm resides within. 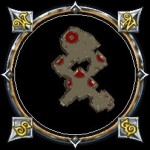 The creatures of the Lair are: 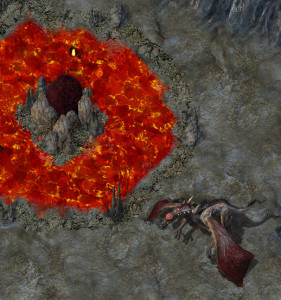